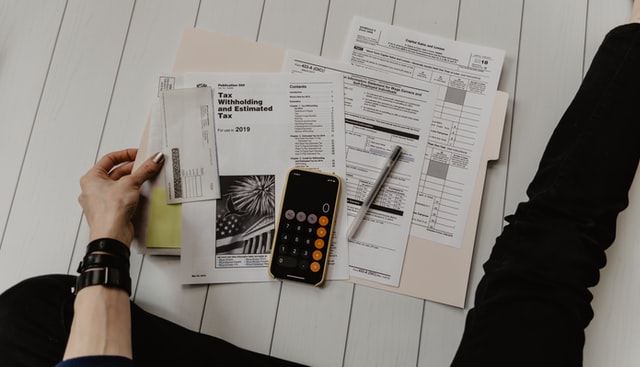 One of the more common questions is, “Which is better?” As with most financial questions, the answer is: it depends!

The truth is that no one can say definitively which is better. There are too many variables and, more importantly, nobody knows what tax rates will be in the future, which is a huge factor in the analysis.

I’ll give you the knowledge and tools to evaluate the decision for yourself. This way you can make the best-informed decision instead of randomly signing up for a Roth 401(k) or Traditional 401(k) without knowing how it will impact your future.

A Roth 401(k) is a type of retirement savings plan where you contribute after-tax money, and withdrawals are tax-free after age 59 ½.

The keyword is “after-tax”, meaning you are paying tax on the dollars you contribute today. Said another way, you are voluntarily paying more in taxes today to avoid paying taxes in the future.

Special Note: If your employer offers a company match and you are contributing to the Roth 401(k), your company match will be contributed to the Traditional 401(k) portion. This means money is being contributed pre-tax and, in retirement, you will pay tax on the withdrawals from the employer match portion.

A Traditional 401(k) is also a type of retirement savings plan, but instead of contributing after-tax money, you are contributing pre-tax money, and withdrawals in the future are taxed.

The keyword is “pre-tax”, which means you are not paying tax on the dollars you contribute. This means you are lowering your taxable income and the amount of tax you pay today. The downside is future withdrawals are taxed.

I’ll cover whether it is better to pay tax today or in the future down below.

Does Your Employer Offer Both Options?

This in contrast to the Traditional 401(k), which was created in 1978. It wasn’t until 1981 that the IRS issued rules to allow employees to contribute through payroll deductions.

As you may have guessed by now, the decision has everything to do with taxes. Do you want to pay the taxes now or later?

Most people would say pay the taxes later. In fact, many CPAs often do everything possible to reduce income in the current year. The problem with this approach is sometimes you voluntarily want to pay more taxes today to avoid paying more taxes in the future.

Stick with me for a moment. It will start to make more sense.

Instead, if you contributed to the Traditional 401(k) your entire career and never contributed to the Roth 401(k), your money has never been taxed. Let’s also assume in this scenario that you have $1,000,000 at retirement. The difference is that $1,000,000 is not all yours. Uncle Sam has been investing alongside you. Any money you take out will be taxed.

For example, if you distributed the entire account, you would be taxed at 37% at today’s tax rates for a large portion of it. Let’s say your effective tax rate is 30%. In that scenario, your $1,000,000 is only $700,000. If you tried to withdraw the entire account for living purposes, your dream house, or vacations, you would not receive the full amount.

Very few people pay attention to their future tax rate. This is a mistake.

Most people think they will be in a lower tax bracket in retirement, but this isn’t always the case. If you do a phenomenal job saving and/or have other income sources, it’s entirely possible you could end up in a higher tax bracket in the future once you are collecting Social Security, taking IRA withdrawals, and receiving rental income.

Even if you don’t have other income sources, tax rates could go up. If you receive a tax deduction today at 12%, but your future tax rate is 22%, you are paying ten percentage points more of tax and a Roth 401(k) would have been a better option.

Let’s use another example to highlight this point. At the same time, I’ll answer another common question, “What about the opportunity cost of paying the taxes today? Shouldn’t we analyze more than just the tax rate today versus the future?”

You “simply” need to determine if you will be at a higher tax rate today or in the future to decide whether a Traditional 401(k) or Roth 401(k) is a better deal.

I wanted to provide real numbers for you to see that the opportunity cost of paying taxes today does not matter. You only need to estimate your tax rate today versus the future.

If you want to analyze the numbers yourself, use this calculator. You’ll see that if you make the current tax rate 22% and the retirement tax rate 22%, your after-tax values of the Traditional 401(k) and Roth 401(k) are equal.

If you estimate your tax rate today to be lower than in the future, the Roth 401(k) is the better option.

If you estimate your tax rate today to be higher than in the future, the Traditional 401(k) is the better option.

Can you say confidently what tax rates will be in 7 years, let alone 20+ years? I can’t.

This is where you need to carefully think about your own situation and decide what is best for you.

With that said, my personal thoughts are below:

This is the default trajectory. It’s entirely possible we see higher tax rates in our lifetimes.

Personally, I like hedging my bets. Plus, I am personally betting tax rates go up at some point in the future.

More than anything, I like locking in my taxes today. It’s nice knowing I have prepaid my taxes and the money growing tax-free for 30+ years is 100% mine. Uncle Sam is not investing alongside me for most of it. I won’t be subject to the whims of politicians wanting to change taxes. I like the certainty of it, which is why most of my retirement savings have been to a Roth 401(k).

How Much to Save?

While we are on the topic of retirement plans, the next natural question is, “How much should I save?”

While that is a very personal question and depends on a wide variety of factors, I believe people should aim to save 15-20% of their income; however, I would not do it all in your 401(k).

The 401(k) is for retirement purposes and while it’s great to save for retirement, there are plenty of goals before retirement – buying a home, starting a business, taking a sabbatical, having a child, and more. A 401(k) plan is not going to be easily accessible for those dreams.

Please keep that in mind as you save. There are significant benefits to having an account you can use before retirement.

While most people try to defer taxes as long as possible, a Roth 401(k) option can be an attractive alternative to a Traditional 401(k), particularly for people in the 12% tax bracket and even the 22% and 24% tax bracket.

With a Roth 401(k), you are locking in the taxes you pay today and have a lifetime to compound tax-free. With the traditional 401(k), it’s the opposite. You receive a tax deduction today, but you’ll owe taxes on future withdrawals. Remember, with the 401(k), your account balance is not all yours.

If you have not looked at your retirement plans recently, I encourage you to see if your employer offers a Roth 401(k) option. If they do, I recommend you make an active decision about whether to contribute to the Roth 401(k), Traditional 401(k), or split your contributions.

Taking it a step further, talk with a friend about it. Share what you are doing and ask them how they made the decision.

Good luck deciding and talking to a friend about it!


Disclaimer: This article is for general information and educational purposes only and should not be considered investment, financial, legal, or tax advice. It is not a recommendation for purchase or sale of any security or investment advisory services. Please consult your own legal, financial, and other professionals to determine what may be appropriate for you. Opinions expressed are as of the date of publication, and such opinions are subject to change. Click for Full Disclaimer